During the week of 25th July 2016, the latest high-profile illegal workers within the UK story began to break. If you haven’t already seen it, I am referring to the arrest of 35 workers on the who were found not to have a right to work in the UK, at Byron Burger chains across London. At Gravitate HR, we are always on the lookout for interesting articles and stories from everyday life which are related to the world of Human Resources. When I spotted this story it immediately ticked the boxes for something I wanted to write a blog on, not least the fact they have fairly recently opened in Glasgow and I was hoping to get along to try soon!

In early July, the Home Office attended several of Byron’s London chains and arrested a number of individuals suspected of not having the relevant right to work in the UK. We’ve seen companies in the media for employing people without the right to work in the UK before, but the manner in which Byron had cooperated with the Home Office once they were alerted to the workers in question seems to be key to the attention this story is getting.

It is alleged that Byron, in order to cooperate with the Home Office, invited the employees that had been identified as suspected illegal workers to a training session which was in actual fact a sting to facilitate the arrests of them. This has led to widespread condemnation of the company and lots of bad press which I’ll go into a bit more detail on shortly. The company was forced to issue a statement in relation to the incident, to clarify some of the speculation that was mounting. Interestingly the company has not sought to confirm nor deny the rumour regarding inviting the employees to a fake meeting.

It appears that Byron had not “knowingly” employed these individuals who were found not to have the right to work in the UK and that forged documentation was provided during checks. On this basis, I feel a bit for the organisation here. As much as it can’t be easy for those who were arrested, their already low income being taken away from them, there are rules in place and everyone must abide them. So by cooperating with the Home Office, Byron were merely doing what they had to. There is no nice way to organise for employees to be arrested and they could hardly announce in advance that the Home Office was on the way so could all staff go to the meeting room.

With this considered, it makes the extent of the fallout from the situation seems all a bit bizarre. From negative comments on social media, many boycotting the company altogether and the more extreme unleashing of thousands of insects into several chains it demonstrates how quickly an organisation’s brand suffer. The difference here from more recent examples of negative press related to employment law is that Byron are experiencing theirs for complying with the law, rather than say Sports Direct who have regularly featured for allegedly breaking it.

Another reason I found the story so compelling was the reaction towards the story in the post-Brexit context. Admittedly, this took place in London, within which the vast majority of regions voted to remain in the EU. Clearly however, immigration and employment were both key arguments by both sides during the referendum, with the Leave campaign pushing the rhetoric that it would mean less immigration into the UK. Given that the majority voted to leave the European Union, I was surprised to see so many messages criticising Byron for cooperating with the Home Office to aid the removal of the illegal workers.

Regardless of your view on how Byron went about cooperating with the Home Office, the issue of right to work in the UK looks set to continue to be a key, as the UK begins to negotiate its exit from the European Union. Right to work checks and Home Office “raids” may well become more common place in future if fewer non-UK citizens have an automatic right to work in the UK without a special visa as is the current situation with those from within the European Economic Area.

If you have any concerns or queries about your Company’s obligations towards checking employee’s right to work documentation, give me a call on 0141 225 6288. 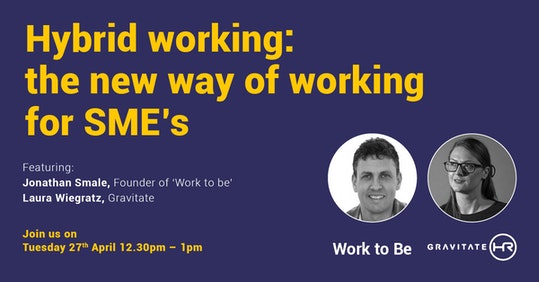